Jung on Symbols and the Self 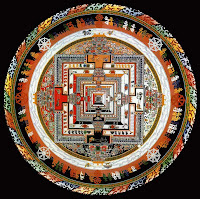 In this post I examine some themes relating to symbols and the self as they appear in Jung's Red Book and Psychological Types.

For Jung, “symbols” rather than “facts” or “ideas” are the royal road to both psychological insight and wisdom. In the Red Book we learn, “there are not many truths, there are only a few. Their meaning is too deep to grasp other than in symbols” (291). Indeed, one of Jung’s greatest contributions to the intellectual dialog of the 20th century was to re-elevate the symbol, as a vehicle for knowledge, insight and personal transformation. “The ancients lived their symbols, since the world had not yet become real for them” (236). However, in an age where the world has become all too real, in the sense that reality is defined by science and reason, we are in danger of losing our connection to symbolic meaning, and this, for Jung, amounts a loss of meaning altogether. Symbols, for Jung, are pregnant with latent meaning. “The mouth utters the word, the sign, and symbol. If the word is a sign, it means nothing. But if the word is a symbol it means everything” (310).

In Psychological Types, Jung explains that symbols (in contrast to signs) are the best possible expression “of a relatively unknown thing, which…cannot be more clearly or characteristically represented” (Psych Types par 815). For Jung, a symbol cannot be created through conscious mentation, but must always be created through unconscious activity, an activity that has both rational and irrational elements (Psych Types, par 822). Jung called the psychic function that produces symbols, the “transcendent function” (par. 828). In the Red Book Jung describes how “the symbol can be neither thought up nor found: it becomes. Its becoming is like the becoming of human life in the womb” (311).

As we have seen, Jung holds that symbols are the means through which the psyche reconciles or unites opposites. For Jung, “The raw material shaped by thesis and antithesis, and in the shaping of which the opposites are united, is the living symbol” (Psych Types, par. 827). In this Jung is later echoed by the French structural anthropologist Levi Strauss, who held that myths reconcile contradictions within a culture that cannot be reconciled through reason. By holding that opposites can only be reconciled via symbols, Jung consciously opposed himself to Hegel, who had held that contradictions could be overcome through dialectical reason.

In the Red Book Jung says, “good and bad must always be united if the symbol is to be created” (236), and in Psychological Types he explains that a symbol is “born of man’s highest spiritual aspirations,” and “from the deepest roots of his being…from the lowest and most primitive levels of the psyche” (Psych Types, par. 823). If we reflect upon these ideas for a moment we realize that the contradictions that symbols reconcile must always involve a conflict between good and bad, civilized and primitive, or at least between “accepted” and “rejected,” otherwise there would be little need for their reconciliation. In Psychological Types Jung describes how the symbols of the great religions reconcile spirituality with sensuality (par. 825). One need think no further than symbol of communion, whereby the Catholic initiate consumes the body and blood of Christ, or the symbols of Jewish ritual whereby blessings are recited over sensual pursuits such as eating, drinking, and copulation.

Jung makes the bold claim that “symbols” provide one with “inner freedom.” In the Red Book he states, “Our freedom does not lie outside us, but within us…One can certainly gain outer freedom through powerful actions, but one creates inner freedom only through the symbol” (311). How can we understand this claim. First, we should note that Jung relates how “in the symbol there is the release of the bound human force struggling with darkness” (310-311). Presumably the symbol, by reconciling good and evil enables one to integrate the dark aspects of self and the world and frees one from the grip of one’s shadow. Further, by reconciling conflicts that would otherwise produce depression, anxiety or other psychological symptoms, the symbols created by the transcendent function free us from our neurotic misery. Amongst the symbols discussed by Jung, those pointing to the “self” are paramount. To take just a few examples, for Jung, the Kabbalists' Primordial Man, alchemist’s philosopher’s stone, Hindu and Buddhist (as well as Jung's own) mandalas, Jesus, Buddha and God Himself are all symbols of the union of opposites that constitutes the Self. Indeed, like its symbols, the Self points to something that is familiar yet (because it is largely constituted by the unconscious) very imperfectly known. Indeed, the archetype of the Self provides the reconciliation between freedom and determinism that has, at least since the time of Kant, eluded the philosophers. Without being able to specify how this is the case, we can all recognize that the Self is both determined by our heredity, history and environment, and the source of our free will. This is an interesting example of how a symbol expresses a meaning and reconciles apparent contradictions, albeit in an imperfect and unclear manner.

In this context it is interesting to note that for Jung, science also operates with symbols: “Since every scientific theory contains a hypothesis, and is therefore an anticipatory description of something still essentially unknown, it is a symbol” (Psych Types par. 816). I think I understand what Jung is driving at here—but I don’t think it’s quite accurate to associate the unknown with specific hypotheses. Rather scientific theories contain concepts (e.g. gravitation, the atom, space, matter, time) whose meanings are anticipatory, inasmuch as they far exceed what is known in their current formulation. The problem with regarding scientific concepts as symbols, however, is that according to Jung symbols are never purely cognitive or rational. Indeed, for Jung, the symbol “is an astonishing and perhaps seemingly irrational word, but one recognizes it as a symbol since it is alien to the conscious mind” (311).

Now the “Self” is, according to Jung an archetypal idea or symbol, but it might also be thought of as a concept, one that has differing nuances depending upon the context within which it appears; think of the different but overlapping ways that “self” is understood in everyday parlance, in self-psychology, as part of the construct of self-esteem, and in Jungian psychology. However, it would seem that for Jung, the self as a symbol cannot be turned into a rational or scientific concept without loss of meaning. Jung comments that symbols die once they are provided with a rational interpretation:

“So long as a symbol is a living thing, it is an expression for something that cannot be characterized in any other or better way. The symbol is alive only so long as it is pregnant with meaning. But once its meaning has been born out of it, once that expression is found that formulates the thing sought, expected, or divined even better than the hitherto accepted symbol, then the symbol is dead, i.e. it possesses only a historical significance” (Psych. Types par. 816).

This is the sort of thing that Nietzsche had in mind when he proclaimed the death of God. In the Red Book Jung suggests that science, presumably by explaining clearly and rationally so many things that God had hitherto been invoked to explain, had killed the gods, or at least made them mortally ill. On Jung’s account, the symbol of God was no longer pregnant with meaning, and in need of a new influx of mystery; something he sought to provide through his notions of fantasy, the archetypes, and the collective unconscious.

We might ask whether the symbol of the Self, is itself threatened with death, e.g. by biological or cognitive science, and in what human “self-understanding” would consist if the very symbol/concept of the Self was no longer viable or interesting. This is not a result that Jung found particularly palatable. The editors of the Red Book point out that in a letter to Hans Scmid, written on November 6, 1915, Jung wrote:

“the core of the individual is a mystery of life, which dies when it is grasped…That is why, in the later stages of analysis, we must help the other to come to those hidden and un-openable symbols, in which the seed of life lies securely hidden like the tender seed in the hard shell. If a symbol is understood it is ripe for destruction because it has outgrown its shell. Salvation is given to us in the un-openable and unsayable symbol for it protects us by preventing the devil from swallowing the seed of life” (n. 337).
Posted by Sandy Drob (Sanford L. Drob) at 7:08 PM 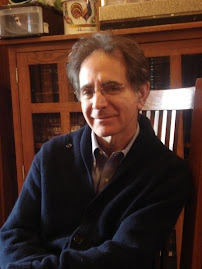 Sandy Drob (Sanford L. Drob)
I am an author, artist and psychologist in New York City, I an on the Core Faculty in Clinical Psychology at Fielding Graduate University in Santa Barbara, and a member of the faculty at the C.G. Jung Institute and C. G. Jung Foundation in New York City. I am the author of four books on Jewish Mysticism, the latest of which, "Kabbalistic Visions: C. G. Jung and Jewish Mysticism" was published by Spring Journal Books in 2009. In 2012 Spring published my"Reading the Red Book: An Interpretive Guide to C.G. Jung's Liber Novus. My latest the book, "The Archetype of the Absolute: The Union of Opposites in Mysticism, Philosophy and Psychology" is scheduled for publication in the Fall of 2016 by Fielding University Press. My websites include: www.sanforddrobart.com, www.sanforddrob.com, www.newkabbalah.com, www.jnfindlay.com and www.epsilen.com/sdrob